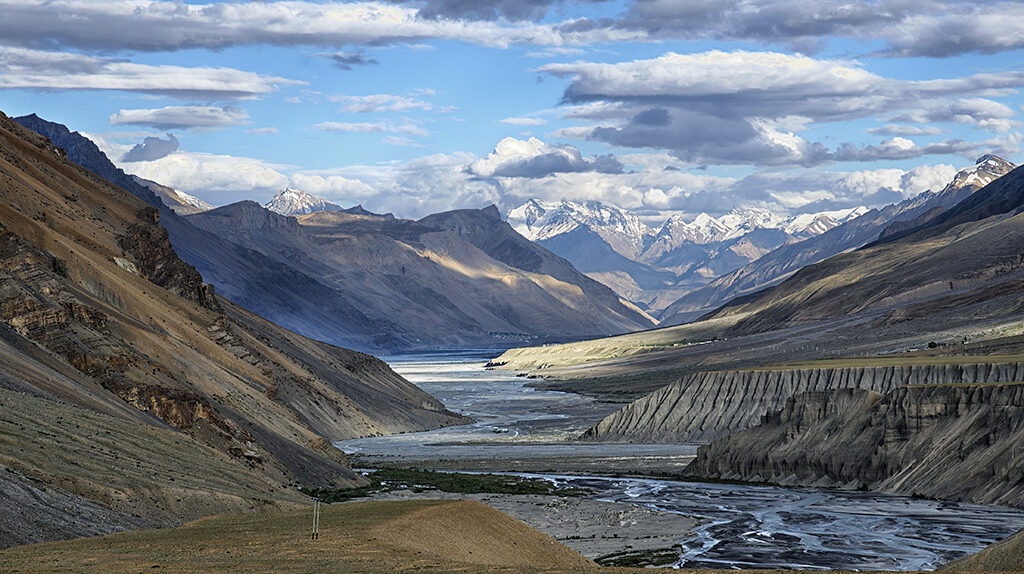 Long winding roads and picturesque valleys presenting glimpses of cold deserts and snow-crowned mountains, with intermittent greenery and picture-perfect villages welcome you when you set foot into Spiti Valley. Bordered on all sides by the Himalayas, Spiti Valley, located in Himachal Pradesh, has an altitude of 12,500 feet above sea level, and gets around 250 days of sunshine in the year, making it one of the coldest places in the country. With the thick Himalayan snow cutting Spiti off from the rest of the country for around 6 months a year, the summer months are the only time Spiti is directly accessible via motorway. The term Spiti means ‘The Middle Land’, and the place is very appropriately named, as Spiti Valley separates India from Tibet. The valley and surrounding region is one of the least populated regions in India and is the gateway to the northernmost reaches of the nation. The valley lies in the North Eastern section of the Indian state Himachal Pradesh, and forms part of the Lahaul and Spiti district. The sub-divisional headquarters (capital) is Kaza, Himachal Pradesh which is situated along the Spiti River.